Lost In The Boreal - Amongst Robots Version 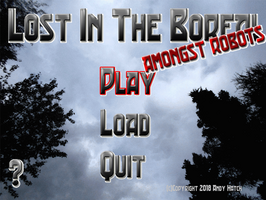 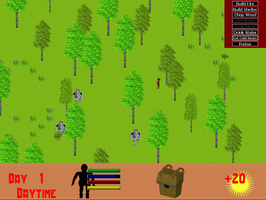 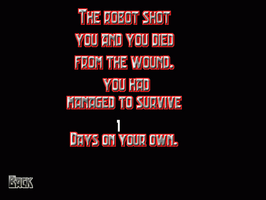 I was looking at the Ludum Dare theme for this compo and I couldn't think of anything at first . But then I looked at my current library of games and I got the goofy idea to blend Ronny Runs Around Robots with Lost In The Boreal. The two games are totally different genres one an arcade robot shooter and the other an outdoor survival game.

Looking at the rules though I realized I couldn't enter the game in the jam as most of the programming was already in place for Lost In The Boreal as I worked about 6 months of programming and art to make it. All the same I decided to go ahead and make the game mash anyway in the spirit of gamedev. I wasn't going to be entering the LDJAM but at least I had something to putter on during one of the last weekends here with snow still on the ground. It won't be long and I will setting my hobby of making games away for the summer.

Unlike the original Lost In The Boreal you will not have animals to hunt but rather you must destroy the robots who will drop the occasional can of beans. You will still have to deal with the elements and make sure to stay hydrated etc.

Folks can download the mash game for free as I have it set up as a demo for Lost In The Boreal. If you like the mash maybe you would consider supporting the game by picking up the real version.

Have a great day

Get Lost In The Boreal

Lost In The Boreal